We just wanted to provide a quick update with some of the Census 2021 news now that the data has started to release.

Note, this is data that has been released in its raw format by the Office of National Statistics, we still need to carry out our own planning and processing to get the data ready for use within Vision and our mapping projects.

Most of the data has become available for England and Wales, although we expect that there might be some additional topics coming over the next couple of months too. We feel that we have enough now to start our work.

These are the topics that we’ve downloaded data for so far:

In terms of Northern Ireland, we are expecting to start seeing data in Summer of 2023. Unfortunately, we don’t think we’ll be seeing any data for Scotland until 2024 as they postponed their census by a year due to Covid 19.

We have already started our own planning and processing phase. However, the staggered releases of the geography and data being used by the three different sets of countries, are causing issues and complexities that we haven’t had to navigate before.

The current plan is to release the data in three stages. The first update will include the Census 2021 data and geography for England and Wales, followed by Northern Ireland and then eventually Scotland. That means that in the initial update, people wanting to use the England and Wales Census 2021 data, will have to continue using the 2011 data for Northern Ireland and Scotland.

Keep an eye out on our Socials for updates and announcements for our own planned release dates for Vision and mapping projects. It’s one of our highest priorities and work has already begun, so if you aren’t already, follow our social channels to stay up to date. 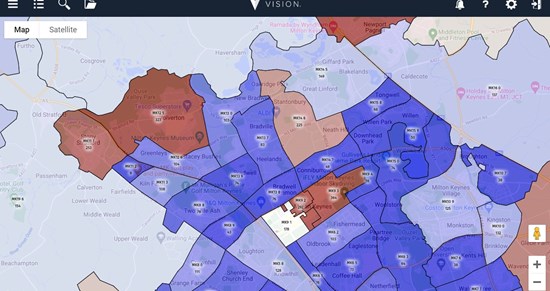 What is business data? 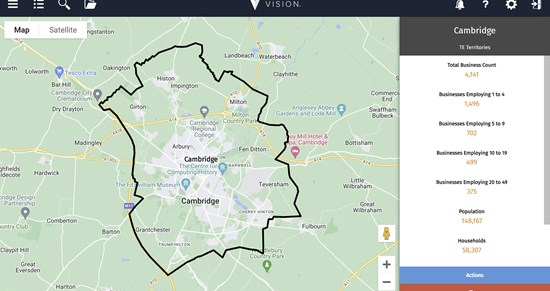 Business data - Why the drop in number? 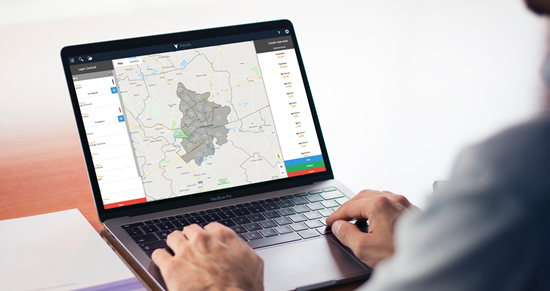